As I’ve occasionally intimated, I have been dabbling in music of various sorts for quite a few years. Recently I picked up the habit again, making mostly trance-influenced stuff. This evening, I took the leap and made a MySpace profile for a couple of my songs, since they get the joy of providing bandwidth and a media player that generally works cross-browser.

If you’re interested in hearing some home-brewed trance, influenced by the likes of ATB, Armin van Buuren, IIO, Oceanlab, and others (albeit instrumental for now), check out the profile at http://www.myspace.com/trancednate and see what you think. Enjoy!

Every now and then, I get the urge to draw, and so for better or worse, this is my latest attempt. Enjoy.

I finished the rough draft of my aforementiond second novel a few hours ago. 71,049 words. Knowing me, it will grow somewhat in revision, but hopefully not too much! Like last year’s novel, this wrapped up around the same time as the National Novel Writing Month, but has nothing to do with that contest, as I began the drafting in earnest in late September. The title is still forthcoming, but I am celebrating quietly.:-)

To prove that I’m a workaholic, I am already launching into my third novel as I give the second one a brief (week or two) rest before hitting the rewrite process. I’ve had this one planned out for a while – a classic fantasy story with a dash of feline flavor for fun. The writing never stops!

It’s been a couple of weeks since I posted, so just thought I’d let everyone know what I’m up to.

I’ve finally gotten back on the writing roll, pushing 45,000 words on my current writing project – a second novel. It’s a sci-fi novel, a bit cyber-punk maybe, with a lot of action. The basic premise? Three cultures colliding in one future city, and the human body itself the first front in an inevitable war. Overall, quite different from my first story. Have I titled it yet? No, but as soon as I come up with a title I’ll announce it here.

I’m seriously considering trying to publish the second novel officially, and from what I read online, publishing it on my website will make that process more difficult. If you want to read some of it, email me and I’ll send you enough to whet your interest.

My Earth:2025 rewrite is still in progress. I’ve made some minor changes in the code and am still working with a buddy to get a server up for an alpha run of the game. The first time through will be pretty vanilla, but some major gameplay changes definitely possible – as well as extensive community modding, which I think would be a first for this type of game.

Look out for more stories to come in my writing section, and one closet [comedic] drama which might be posted as well.

Looks like one of my short stories, “The Final Casualty,” will be published in an upcoming edition of the UK horror mag Thirteen Magazine – volume 2, number 8. Not a major publication, but still the first time that I’ve gotten something in print, so I’m pretty happy!

If you’re interested in reading short fiction online, you can find a collection of read-in-one-sitting stories at Noon Spool. My short story “Dragon Hunting” made this month’s edition. Check it out sometime:-)

If you look closely, the guy has Bert hair. My only regret is that I couldn’t easily move Hillary’s head closer to the guy. The original image, by the way, is located at Flickr, and the Sesame Street pic was found here thanks to Google’s Image search. 😛

Cheezy, maybe, but I can’t get past the manic expression on Hillary’s face:-)

So lately I’ve been really busy. Stuff on my plate:

Other points of note:

Okay, it’s an hour later than I really intended to have it posted.

It’s up. Alice can be officially considered my first novel. It finished up at roughly 51,849 words, which is something like 205 pages of doublespaced Courier 12pt. That makes it a small novel.;-)

It’s also a first – the story idea came to me over a year ago and I wrote the first two thousand words and stopped. For some reason at the end of October I felt compelled to write, and wrote feverishly through November 17; I spent the next two weeks editing. The semi-finished product you see now.

The state of the story is basically a “second draft” – I’ve completed basic editing, grammar, and spellchecking, as well as cleaning up any obvious plot holes I came across. That said, I’m so close to the damn thing that I will require some time and then I’ll go back and make one more edit for the true “final.”

The story – well, check it out for yourself. It’s loosely inspired by Lewis Carroll’s Alice in Wonderland, but you might say that is very loosely. The story has a bit of a fantasy feel overall, so would probably fall into that genre.

Feel free to let me know what you think. You can email comments directly to alice@natesimpson.com – all praise/feedback/flaming welcome (spammers, I will see you burn in hell). 🙂 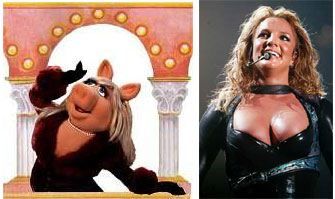